My Reading of the Excerpt for Secret Spirit Guardians. 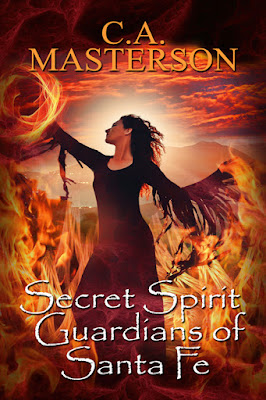 Secret Spirit Guardians of Santa Fe
C.A. Masterson
Genre:  Fantasy
Publisher: Wild Rose Press
Date of Publication:  October 5, 2020
ISBN:  978-1-5092-3351-9 Paperback
ISBN: 978-1-5092-3352-6 Digital
Number of pages:  330
Word Count:  82,600
Cover Artist:  Debbie Taylor
Tagline:  Most families have quirks, but not like Marissa’s.
Book Description:
After Marissa Tahy returns home to Santa Fe, she is haunted by visions and glimpses of danger no one else sees: the spirit of Old Man Gloom in his true form.
For a hundred years, people have burned their troubles in the spirit’s effigy at the Zozobra festival, each year making the spirit angrier and more powerful.  This year, Old Man Gloom demands his due. The vengeful spirit targets those Marissa loves.
Even when Marissa discovers the secret history binding her family to Zozobra, joining their forces may not be enough to prevent the furious spirit from burying Santa Fe beneath an avalanche of misery.
Book Trailer:  https://youtu.be/j3HVxC6azcQ
Amazon     BN

The crack between worlds happened before I decided to move home to Santa Fe. Had the thought occurred to me, I’d probably have laughed, a little. Until the memory pushed through, a half-remembered nightmare hidden in an undercurrent of emotion, but

always there, flowing beneath the surface of consciousness. Sometimes it’s better if those feelings stay buried, where they can’t pull you under.

After twenty-four years, here I was. Back in the City Different. Because sometimes, life makes hard choices for you. Otherwise, I’d still be in San Diego, not in my aunt’s house, trying hard to pretend I wasn’t a stranger to my own family. For the last half hour, I’d tried to shake off the odd sensation after Zelda made an impromptu, awkward stop at the site of my childhood home, whatever that was about. No longer commenting

on family social media posts from a distance, instead I was in the thick of things.

“How’s Javi been?” I asked Zelda. My aunt had answered my offer to help prepare dinner by handing me a glass of wine and telling me to relax, she had it under control. I had no doubt. Despite driving me from the airport, she was as cool as a freshly picked jalapeno, and as likely to burn you.

“Wonderful. But you can ask him yourself at dinner.” Her deep, distinctive voice was like smoke pouring across gravel.

“Cool, I can’t wait.” When I’d last spent time with my cousin, we’d been kids. Closer than most first cousins, we shared a family conspiracy, hoping none of our classmates would find out that we were not like any of them. No matter where we went, we didn’t belong.

Zelda’s silver bracelets jingled as she briskly arranged vegetables around haddock fillets. “Phoebe will be excited to see you again.”

“You still have her?”

“Of course. She’s as old as you, which makes her barely middle-aged. Phoebe, dear,” she called, “we have company.”

A squawk sounded from the other room, where sunshine poured across the floor in a welcoming sea of light.

I’d always loved my aunt’s house. From sunup to sundown, daylight flooded through the house’s tall windows. The wood-framed stucco structure was a typical style for Santa Fe, not much different from the others in the neighborhood. What had stood out in my

memory was the tall wooden fence that bordered the yard, painted a vivid shade of blue, with myriad crosses along the top of the front gate.

Before my aunt could answer, I made my way from the kitchen to the sunroom beside it. The glass enclosure looked out onto the back yard and faced the outdoor fireplace. On either side of the tall chimney, colorful painted angels decorated its white stucco surface.

The bird cage, as tall as me, occupied a corner. And as always, the door sat wide open so Phoebe could climb in if she wanted, which she almost never did unless she got hungry. A bamboo perch ran above the cage, between the two potted palm trees that provided shade. There Phoebe sat, eyeballing me. Sunlight caught the green and blue feathers, making their colors rich as jewels.

At my approach, the parrot bobbed its head and danced along the perch. Even a nip from Phoebe’s curved beak hurt like hell, so I kept a few feet between us and cooed my greeting.

Pans rattled in the kitchen. “Be nice, Phoebe girl.”

The bird gave no indication of recognizing me. I didn’t know why I’d expected a different reaction. Because I’d taught it more than fifty words, over two decades earlier? Moving home shouldn’t reduce me to childish notions.

So much for a reunion. I returned to the kitchen.

“Sure I can’t help with anything?”

“When do you start your new job?”

“Monday.” Fluttering in my belly reminded me it was coming up fast. Another long adjustment period awaited me, learning a new job, getting to know all the quirks and qualities of my coworkers. After I’d been hired as the new reporter at the Santa Fe Chronicle, I’d read the online edition every day. The stories helped give me a sense about the writers. Glimmers of their personalities shone through in their word choices, the nearly undetectable spin they gave topics.

“That doesn’t leave you much time for moving in.”

Spooning a marinade over the dish, Zelda flicked up her gaze.

The look hit me like lightning. The cogs were turning in my aunt’s head; I could practically see the rotation behind her eyes. If I didn’t put her off track, Zelda would start commandeering my daily life.

I folded my arms and shifted toward the island, a not-too-subtle body language indicating my need for a barrier between us. “The two guys I hired to bring my stuff are supposed to arrive tomorrow morning. I don’t have much, so they can get everything inside the apartment in a few hours. I prefer to take my time settling in.” All taken care of, my subtext said. No need for Zelda to worry. She could divert those black eyes elsewhere.

On cue, Zelda flashed her Mona Lisa smile and glanced away. “Too bad I gave my extra furniture to Javi.”

I watched my aunt with a mixture of wonder and frustration. All these years, and Zelda still pretended. Spoke with flawless Spanish enunciation, wore her long black hair in a bun at the back of her neck, decorated her house with painted ceramic geckos and metal sun faces, even named her son Javier to avoid question of our true nationality. My parents had committed the same sins of omission and pretense and expected us children to do the same.

About the Author
Award-winning author C.A. Masterson loves stories of any genre. Multi-published in contemporary to historical, fantasy/dark fantasy to paranormal/speculative, she sometimes mashes genres. In 2010, The Pearl S. Buck Foundation awarded first place to her short literary story, Christmas Eve at the Diner on Rathole Street. Her short literary story, All is Calm, All is Bright, was awarded second place in the annual Pennwriters Short Story contest in 2005.
Visit her at http://paintingfirewithwords.blogspot.com or look for her romance stories as Cate Masters at http://catemasters.blogspot.com and in strange nooks and far-flung corners of the web.
Facebook: https://www.facebook.com/catemasters
Twitter:  https://twitter.com/CA_Masterson
Instagram: https://www.instagram.com/c.a.masterson/
Goodreads: https://www.goodreads.com/author/show/6423146.C_A_Masterson
BookBub: https://www.bookbub.com/authors/c-a-masterson
YouTube: https://www.youtube.com/channel/UCg1MbHACYX0tLuPiONBzCDg 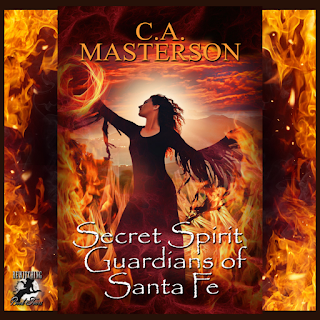