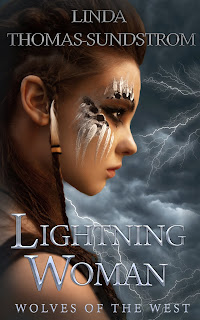 Lightning Woman
Wolves of the West
Book One
Linda Thomas-Sundstrom
Genre: Paranormal Shifter Romance
Publisher: GothicScapes
Date of Publication:  June 28, 2021
ASIN: B096PTNWZ5
Number of pages: 282
Word Count:  60,000
Cover Artist: Magnetra
Tagline: Meet the Arizona wolf pack and the ghosts that haunt them.
Book Description:
Are the ghosts of Macy Lyons' past stronger than the promise of a future with her new lover?
Macy Lyons is a respected member of the wolf pack housed in an old Arizona tourist attraction. Her special Were abilities make her a good scout, and also enable her to see the ghosts that haunt the desert. When those ghosts lead her to a visiting lawman from another state, she must find out why...and if those ghosts have a hand in shaping her future.
Florida detective Logan Carter has chased a criminal all the way from Florida to Arizona, and now can use the help of the secretive wolf pack housed at Desperado to find the crazy werewolf he seeks. But will his attraction to Desperado's beautiful she-wolf scout be a help or a hindrance to his mission in a landscape so different from his own?
Amazon

Excerpt:
As Logan studied this female vision that had appeared like a desert spirit borne on the blistering hot wind, he couldn’t help but appreciate her uniqueness. In fact, this representative of the Desperado pack was quite stunning, and radiated enough personal power for her outline to waver.
Pretty and dangerous...
Moonlight slid down each strand of straight black hair that fell to the she-wolf’s waist like sparkling water dripping from the skies. All that hair curtained a narrow body with few noticeable curves and very few wolfish traits, even though she had shape-shifted.
She was tall and slight of frame, with long, shapely legs. Her bare arms were beautifully sculpted with a layer of smooth, lean muscle. One arm bore the swirls of a colorful tattoo Logan couldn’t get a read on from where he stood because his focus kept returning to her face.
A slightly elongated facial structure, shadowed, angular, and with prominent cheekbones, was the real proof of what she was, and made him think this female might be a pure-blooded Were. Under the moonlight, the shadows on her face represented her missing patches of fur, or where fur would have been on any normal werewolf under a full moon. In fact, she bore no fur anywhere that he could see.
Crossing her right eye socket and extending two or three inches beneath it were three stripes of color that could have either been paint or tattoos. White. Black. Green. The effect suggested to Logan she might have Native American roots, though lots of women had unusual tattoos these days.
Damn, though. Maybe she really was some kind of a spirit.

About the Author:
Linda Thomas-Sundstrom is an award-winning author of 40+ stories in the realms of paranormal romance, urban fantasy, and fantasy. She has been published by Kensington Publishing, HarperCollins/Harlequin Nocturne and Desire lines, and GothicScapes.
Website: http://www.lindathomas-sundstrom.com
Newsletter: http://www.lindathomas-sundstrom.com/newsletter.htm
FB page: https://www.facebook.com/LindaThomasSundstrom
The Dream Team – Linda’s Reader Team on Facebook:
https://www.facebook.com/groups/331696776966084/
Amazon Author Page: https://amzn.to/3pSKqaV
Follow Linda on Bookbub:
https://www.bookbub.com/authors/linda-thomas-sundstrom 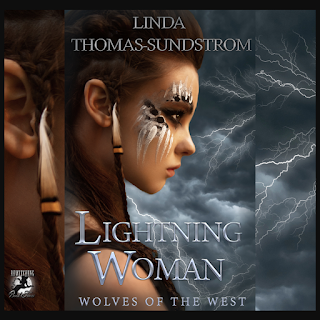 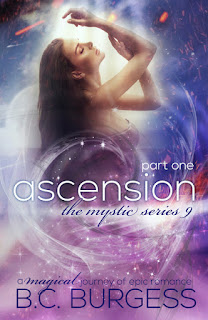 Ascension: Part One
The Mystic Series
Book 9
B.C. Burgess
Genre: Fantasy, Paranormal Romance
Publisher: Bandit Publishing
Date of Publication: June 24, 2021
ISBN: 978-1-946793-27-0
ASIN: B092TMV1H8
Number of pages: 302
Word Count: 98,594
Cover Artist: Sarah Hansen at Okay Creations
Tagline: Ever wish there were more sexy times in Twilight? Then you need to read the Mystic series!
Book Description:
Layla
While chaos consumes Maganthia, deep below the city in the Dark Vault, terror consumes Layla. Ava's servants meet tonight, and the enemy has taken Quin, forcing Layla to choose. Will she find the strength to follow her fated path and protect the servants? Or will she follow the love of her life and let the world burn?
Quin
Quin never took his eyes off Layla as he stood on the balcony of Heavens Hall, not until a hand came down on his head and his world went black. Now, everything he cares about is in jeopardy as Layla races the clock, but Quin remains at the mercy of the enemy, unconscious, useless and dying.
The Enemy
For thousands of years, the Dark Guild strove to reclaim the realm of humanity for the Lord of the Underworld. Now their dedication has paid off. They've sabotaged the angel, procured the coordinates to the servants' meeting, collected the power in Ava's blood, and discovered the key to enter her tomb. Tonight, they raise hell.
Books2Read     BN     Amazon

Right or wrong, Layla held their verdict on the edge of the executioner’s sword, and everyone who’d invaded the island would suffer the same fate. She didn’t have time to weigh their crimes – the murderers, voyeurs and brainwashed. Whatever part they’d played in the tragedies unfolding, they stood guilty on the brink of humanity’s destruction, and so they’d face her retribution. But before swinging the blade, Layla scanned the civilians for children, relieved to find none.

Not a shimmer of evidence exposed her as she planted her feet on the ancient cobblestone walkway. Then she raised her invisible palms and summoned her wall. She knew the magic worked as soon as she heard the outer guards’ shouts, which turned to screams the moment her deadly cloud caught up with its prey. They didn’t scream for long. The jet stream grew stronger as it contracted around the mountaintop like a savage rubber band, scorching people and plants alike. 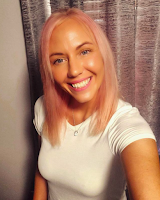 About the Author:
B.C. Burgess is a small-town girl who was born and raised in Oklahoma. She has always dreamed big and tended to let her imagination run wild. She’s addicted to coffee and writing, and the combination is her idea of heaven. 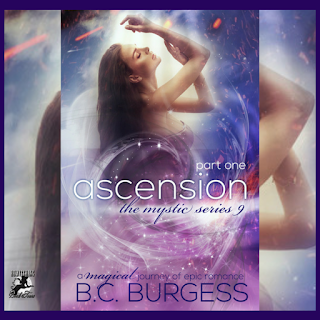 A New You Book Club Dates

You are Invited to A New You Book Club 7pm CT FREE on the dates below!

Welcome to the A New You Book Club. Each month we will meet and discuss the books listed below. The discussion will lead by various club members. It is free to all, but we just ask that everyone has read the books and participate in the discussion.
July 11 Tiny Beautiful Things Cheryl Strayed https://amzn.to/3ziCHHH
August 22 Spirituality for Badasses by J. Stewart Dixon https://amzn.to/3gn7ATY
September 26 Way of the Peaceful Warrior by Dan Millman https://amzn.to/3gvYYcj
October 24 Quest: A Guide for Creating Your Own Vision Quest by Denise Linn https://amzn.to/3cDjlDt
November 14 Midnight with Mystic by Cheryl Simone https://amzn.to/2SwjVMj
January 9 The Dalai Lama's Cat David Michie https://amzn.to/2SwjVMj
Sign up and this is where you get the Zoom link and we can discuss and post future books to consider and other items as well. https://bookclubz.app.link/kZpDhS5PY6
at June 13, 2021 No comments:
Share
‹
›
Home
View web version